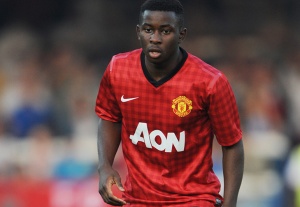 51 academies will participate in this season’s inaugural edition but Manchester United, Spurs and Liverpool have opted out of the competition.

Four Premier League clubs, Hull City, Cardiff City, Crystal Palace and Swansea City, will be in the draw for the first two rounds that will be made tomorrow.

‘The introduction of an Under-21 cup creates another competitive opportunity for players up and down the country, which can enhance and support what we’re doing with the Barclays Under-21 Premier League,’ said Premier League Director of Youth, Ged Roddy.

‘Players who come through the academy system have been playing on training grounds since they were nine in some cases,’ Roddy said.

‘One of the characteristics of that transition from the academy player to the professional player is the stadium experience, dealing with games that they need to win and dealing with, on occasions, a hostile environment that is created by a big crowd, and sometimes a very supportive environment.’

The competition will be played on a regional basis until the Round of 16, where the draw will be national. The final will be played over two legs at the home stadium of the participating teams, much like the FA Youth Cup.

I'm a 21-year-old Multimedia Journalism student at Bournemouth University aspiring to be one of Britain's top sports journalists. Follow me on Twitter, Facebook and LinkedIn for contact and further information.
View all posts by Tom Bennett »
« Barclays U18 Premier League: Fulham Remain Unbeaten With Goals Galore In Sunderland Draw
Championnat National U19: Monaco Slump To Second Defeat »